From a participant of a Mesila

Now that… I can ‘afford’ the luxury of sitting and writing long emails. Thank you so much for the wonderful course. You can share what I’ve written but anonymously.

I came to Mesila course a little skeptical. I had read up about budgeting and it really wasn’t going to work for me. Budgeting was for people who had a decent income to budget from, or for those who could buy meat at Walmart or Asda, or for people who spent their lives looking to earn money. I just wasn’t chosen by Hashem to be able to afford things. My idealism about a life of community service meant I was destined to work overtime and earn peanuts. Only a financial miracle could save me. I came with victim/ martyr mentality.

Slowly and steadily over six sessions the Mesila instructor and the ordinary-we-all-struggle women in the group shifted my mentality. I was now in the driver seat.

The structure of the course helped me see things clearer. I first had to be aware of my financial situation, then be motivated to make changes and finally make a realistic plan of how those changes were going to happen, without expecting miracles. Previously any budgeting advice I had read was only one step in the picture. The Mesila process, step by step, is what I needed to affect change.

Over those sessions I came to the stark realization that it is entirety my choice what I have money for. Instead of deciding to buy things based on whether it was cheap or expensive, I needed to spend money only where I consciously wanted to spend money. I could exercise the power to say no to a number of cheap items in order to have money for those things that I really wanted but could ‘never afford’. Affording is more a result of accumulated choices than of external circumstances.

Since the Mesila course I have bought myself a number of items that I really wanted, but never thought I could afford, and the expense was just a matter of saying no to all the cheap things that could afford but were slowly eating away at my bank balance like a silent parasite.

It feels powerful to walk into a shop to buy a gift, knowing exactly how much I’m choosing to spend on it rather than looking for the cheapest gift. It tastes delicious to walk past the bakery shop and not walk in, imagining the good feel I will have when my cleaning help leaves that evening. It’s rewarding to bake cookies and Challa when I can tally up just how much all those treats would cost me at the shop. It’s all about choices. My accounts aren’t a fact, they are a result of many tiny tiny decisions that I make.

It helped a lot to have an instructor who is so human and so real. She isn’t earning some six figure salary, she also has a husband and children who’s wishes she needs to work with, she has the same hours in the day and the same challenges as the rest of us. I don’t even think she is some math wiz. It helped to see that financial planning is something we can all do with a little bit of realism and effort. Hearing personal stories and realistic changes that she had made helped me realize that I too can do it. The best part was knowing that the instructor also chose a life of community service, but she doesn’t choose to be a financial victim because if it.

The second part of the Mesila course was about making change. The streamlining bills part worked for me. I did the homework given and BH my bills were in order shortly. The growing the income part seemed like it needed a miracle. How was I, with my four kids oldest four, going to earn more money? The instructor believed in me. She encouraged me and wouldn’t let me off the hook. I built a motivational vision, as we were told to do l, and slowly I bought into the passion of that vision. Boruch Hashem, bsiyata dishmaya, I’ve managed to almost double my income for already three months running.

I’m very excited about my financial future. It felt good to daven for parnosa in Rosh Hashona, confident that I was doing my best to spend the allotted money wisely. Most of all, I’m excited to visit my parents overseas this summer, a trip I’ve been fantasizing about for four years, and now thanks to Mesila it’s iyH going to become a reality.

Thank you Mesila for stepping up and giving us young ones the tools to raise our families responsibly with Torah true financial values. 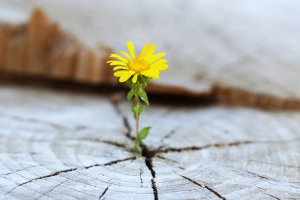 A Journal of Transformation 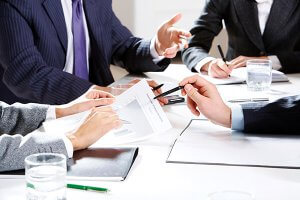 On the menu: What do you care? It’s my business! 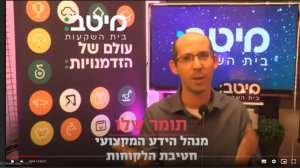 From the Mesila Podium

With the waves crashing all around, hundreds of students came

Originally designed and built by Star-Click 2018